In 1965, Sam Vigil was a student at CSU Hayward (now called Cal State East Bay) studying physics. Vigil’s life took a turn that year when he received a letter from his local draft board on Christmas Eve.

“So I’m going along, taking 13 to 14 units, and then in 1965, on Christmas Eve, believe it or not, I get a letter telling me that my deferment’s gone and I’m now what’s classified as 1A (available for military service),” Vigil said.

Despite being a full-time student and originally having a valid student deferment, Vigil had been listed as eligible for the draft. From the experience of his friends, he said there was only about one month to take action in response to the letter before being drafted.

Vigil initially decided to join the Navy the Aviation Reserve Officer Candidate (AVROC) program but ended up failing the depth perception test in the eyesight portion of the physical. The Navy then called him and asked that he try out for the larger branch called the Reserve Officer Candidate (ROC) program. After trying out for the ROC program – which this time didn’t require a test of strong depth perception – he passed the physical and waited for six months to hear back.

Vigil officially joined the Navy in May 1966. When he started in his reserve unit, he took a test to become an electronic technician, since that was his “hobby at the time.” 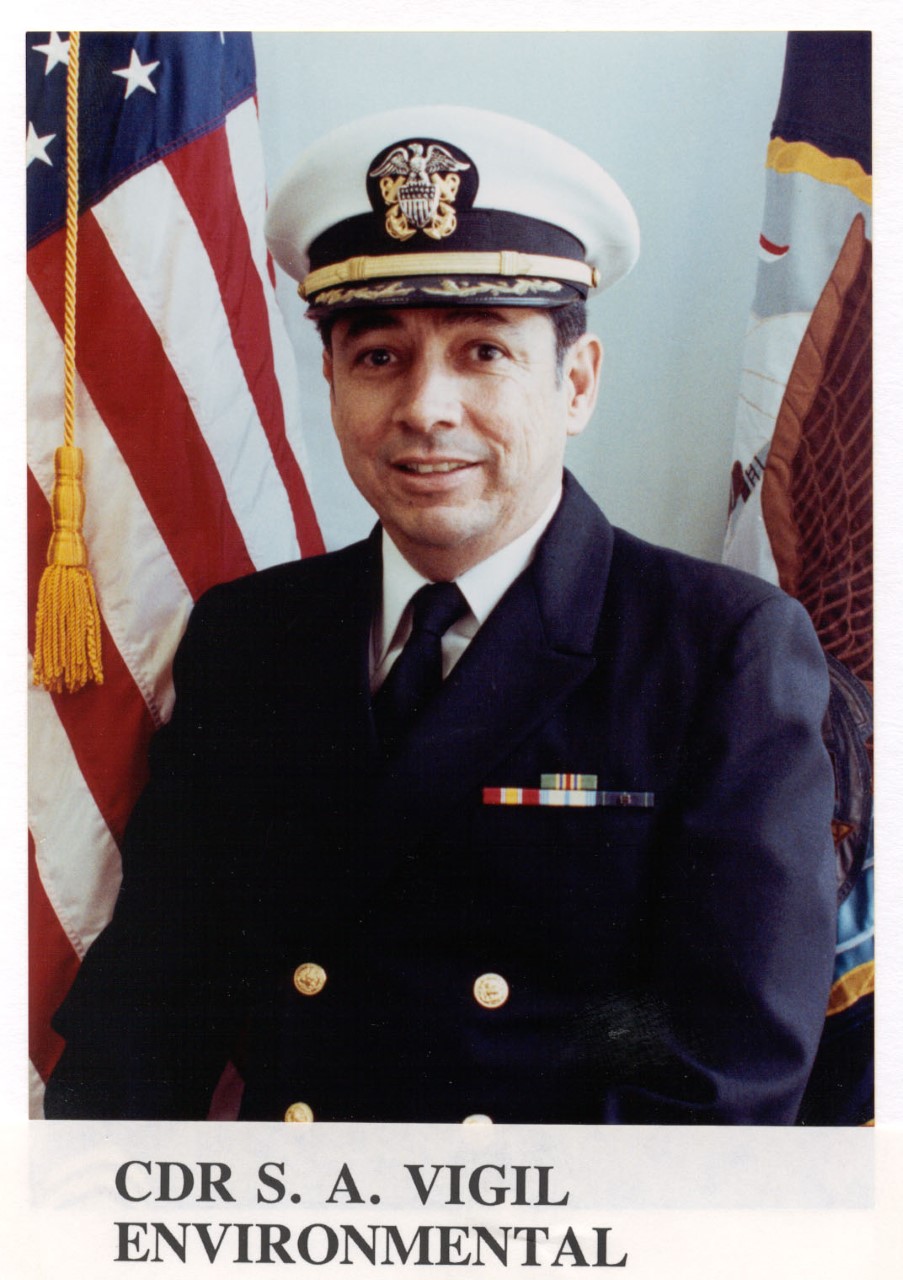 “The [Reserve Center] calls me back the next day – again, this is pre-Internet days, so we had to make phone calls – and he said, ‘Well there are no openings [for electronic technicians],’” Vigil said. “He said, ‘There’s another rating that’s very similar called a communication technician.’ And I had no idea what that was, and it turned out to be highly classified, so he didn’t even know what it was. But they had a branch in that rating that worked on electronic equipment, so I said ‘well, I’ll take that.’”

Vigil transferred to UC Berkeley in winter quarter of 1967, graduating in 1969 with a bachelor’s degree in civil engineering. In October 1969, he entered active duty as an ensign. From communication technician to commander, Vigil served in the Navy Reserve and on active duty from 1966 to 1995.

The military provided him with a range of opportunities, including the chance to live in Puerto Rico for three years as part of the Naval Security Group – the branch of the Navy responsible for signals intelligence gathering and cryptology.

After earning his master’s degree in civil engineering, Vigil transferred to the Navy Civil Engineer Corps. He served another 20 years in the Navy Reserve with assignments in Navy Construction Battalion Two (also known as the Navy Seabees) and engineering projects in the U.S., Europe and the Philippines. He retired from the Navy Reserve in 1995 with the rank of commander.

Education still played a crucial role in Vigil’s life alongside his involvement in the Navy and the Navy Reserve. After his release from active duty in 1973, he earned a master's degree in civil engineering from Texas A&M in 1974 and a doctorate in engineering from UC Davis in 1981. Vigil’s graduate education was funded by the G.I. Bill, RA and TA appointments and Navy Reserve pay.

Vigil credits his Navy experience in the Civil Engineer Corps and his consulting experience at Brown and Caldwell with helping provide his students with “real world” problems.

In addition to teaching, Dr. Vigil has been involved in various research projects in waste management and sustainability. He is also a co-author of the widely used textbook “Solid Waste Management: Engineering Principles and Management Issues” published by McGraw-Hill in 1963. He is a professional engineer, a board-certified environmental engineer, a Leadership in Energy and Environmental Design (LEED) accredited professional and a fellow of the Air and Management Association.