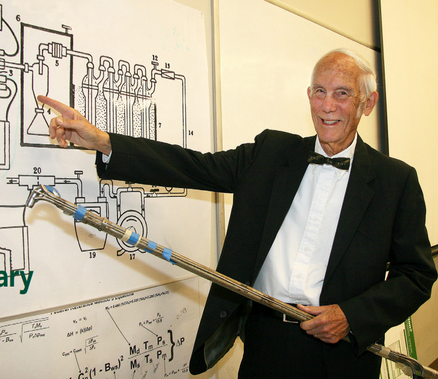 Dr. Harold (Hal) Cota, helped found the Environmental Engineering Program at Cal Poly, SLO in 1968. During the 50 years that followed, he has been a valuable contributor and supporter of this program. We are delighted to honor Dr. Cota’s contributions to the program by establishing an endowment to support the Air Quality Measurements Lab to continue to provide students with high-quality laboratory opportunities. In honor of Dr. Cota, we would like to name this lab the “Hal Cota Air Pollution Control Lab” and use the endowment to provide much need upgrades to the lab equipment.

Dr. Cota's role in the development of the Cal Poly Environmental Engineering Program

In 1965, as a graduate student at the University of Oklahoma, Hal applied for an

Engineering teaching job at Cal Poly. The Dean of Engineering, Harold Hayes, said there was an opportunity to join the Air Conditioning and Refrigeration (AC&R) Department. Most intriguing was his mention of opportunities to develop a new academic program in air pollution control. Hal recalls, “My concern as a new Ph.D. chemical engineer was I knew little about Air Conditioning and Refrigeration! I had worked summers for San Diego Gas and Electric Company, before receiving degrees in Chemical Engineering from UC Berkeley and Northwestern then worked for Lockheed’s electrochemistry research department on fuel cells. I decided to go back to school and had a specific interest in the public health applications of engineering.”  Joining Cal Poly seemed to be a perfect way to incorporate engineering and public health issues and Hal accepted the position with the AC&R Department in 1966.

Starting out was challenging. Hal taught several advanced courses in Air Conditioning and Refrigeration. He recalls, “These were senior classes where the students knew more about the practical aspects of the subject than I.” Hal taught Noise and Vibration Control and recalls, “There were no textbooks on the subject so I spent a lot of time in the library and assembled a syllabus using reprints of articles from journals and technical publications.”

When Hal started in 1966, he was the first Ph.D. faculty member hired in the School of Engineering since the early ‘50s.  Hal learned to appreciate the fact that teaching was priority number one and applied research complemented what went on in the classroom and involved students. The faculty were committed mentors. Hal recalls, “The learn by doing method of instruction required time in and outside the classroom, 6 days a week.” 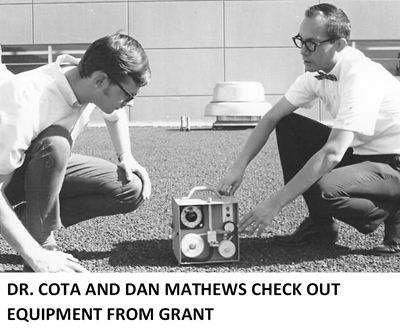 In addition to teaching, Hal was able to help the AC&R Department think about bringing on a new Air Pollution Control Concentration. Hal traveled around the country and asked people in industry, academia and the regulatory community what should be included in the first undergraduate curricula in air pollution control in the nation. It seemed clear that an applied chemical engineering curriculum was the type of background students would need to tackle the wide range of environmental problems facing the country. Hal recalls, “At the time, not everyone agreed that such a program made sense, some people working in the field of air pollution control thought that the only thing a degree in environmental engineering and 10 cents would get you was a cup of coffee.” There were no undergraduate ENVE programs in the country and the older generation who had traditional degrees was not initially impressed. The students, on the other hand, shared the new vision and were excited about the possibilities. 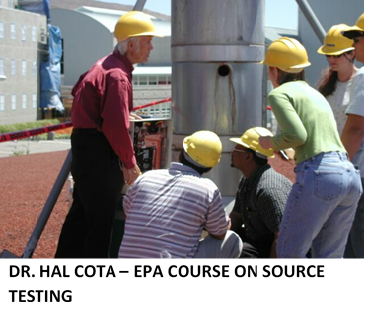 In 1969, the ENVE program received its first federal grant to offer several workshops on Air Pollution to California’s High School Science Teachers. Then the ENVE program received a grant to buy Air Pollution Control Monitoring Instrumentation for the undergraduate program from a forerunner of the EPA, the Department of Health Education and Welfare.

In the early 80’s Cal Poly was selected by EPA as an Area-Wide Training Center; one of eight centers located at key Universities around the country. The main purpose of the centers was to provide advanced training to staff of local and state regulatory agencies and Native American tribes in subjects such as hazardous waste incineration, air pollution control, air modeling, air quality control, and air toxics.

The Cal Poly EPA Area-wide Training Center also provided support and resources to students and faculty. Hal served as the center’s Director until EPA discontinued all the training centers in 2009. 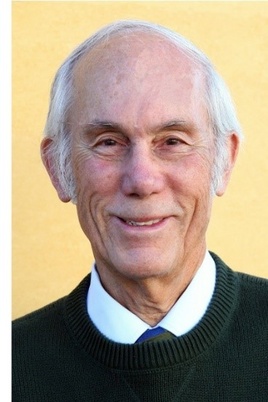 In 1987, Hal developed a new course in Hazardous Waste Management which was an emerging environmental issue. He again assembled a syllabus using reprints of articles from government publications and the literature since there were no suitable textbooks available.

In 2005, after teaching at Cal Poly for 40 years, Hal retired to half-time teaching. In 2010, Hal continued to teach part-time.

Hal and his wife Judy generously set up the Harold and Judy Cota Scholarship fund. The scholarship is awarded to a senior ENVE student who demonstrates an interest in community public health or industrial safety and hygiene.