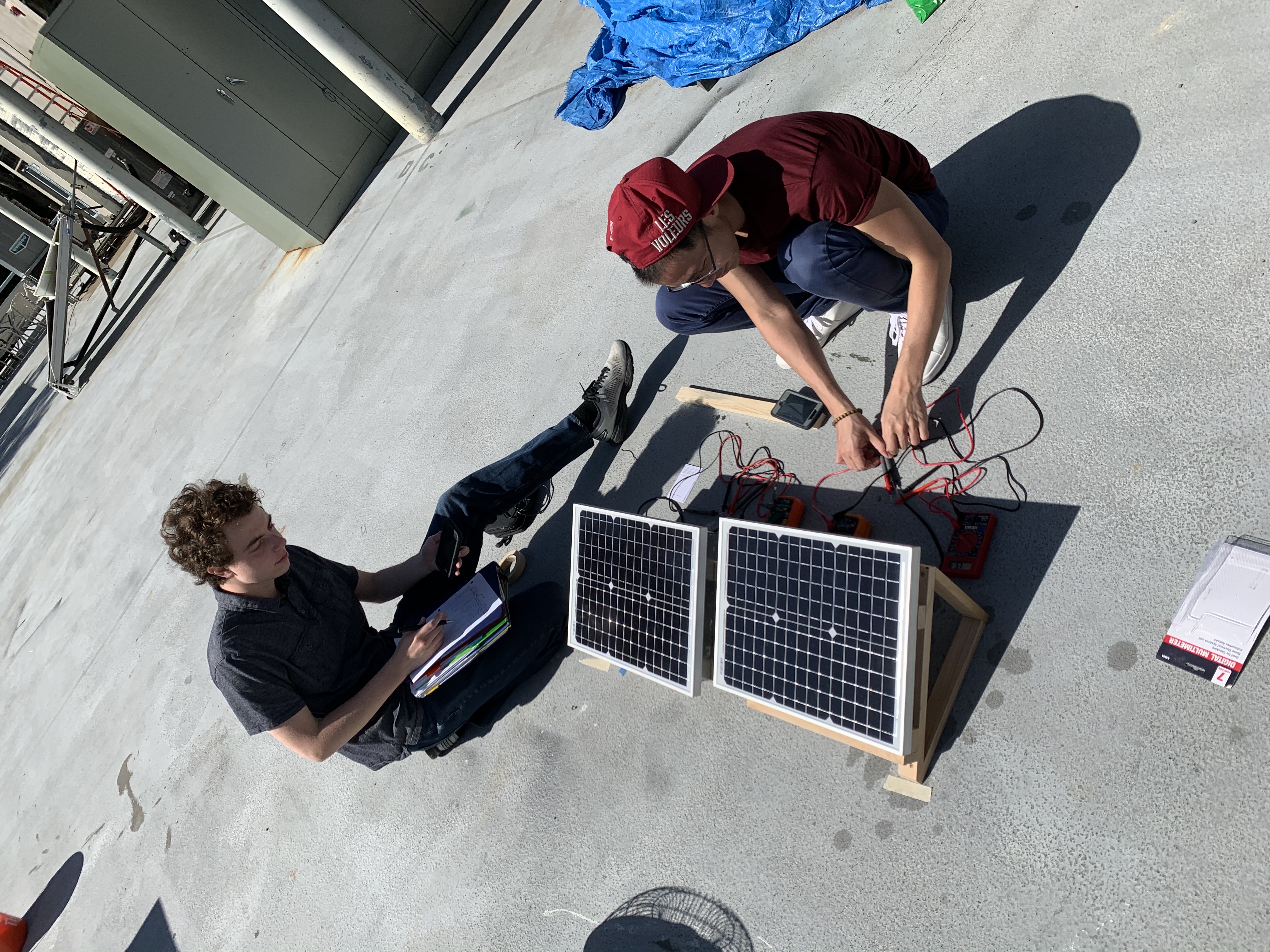 The PV team was tasked with improving solar efficiency. For this, the five students attempted to implement a phase changing material (PCM) that absorbs heat as it changes from a solid to a liquid phase. They tried to pull the heat from the solar panel by attaching the PCM to the back of the solar panel, which ended up increasing power output by 3 percent.

“[Favorite part] besides winning? It was really cool to collaborate with the group and the team,” McConkey said. “It was also cool because we got to research something that has not really been done before — it’s a really new, emerging technology.”

The phycoremediation team was tasked with using mircoalgae to remove metals from mining-impacted waters. The team’s design was a phycoremediation (remediation through algae) system that removed over 90 percent of metals from a mine water waste solution. They immobilized living algae into a material called sodium alginate. The system was a two stage treatment train: the first step was an algal column where mine water was passed through a PVC pipe containing the algal beads, the second step was a batch reactor that also had the algal beads inside. 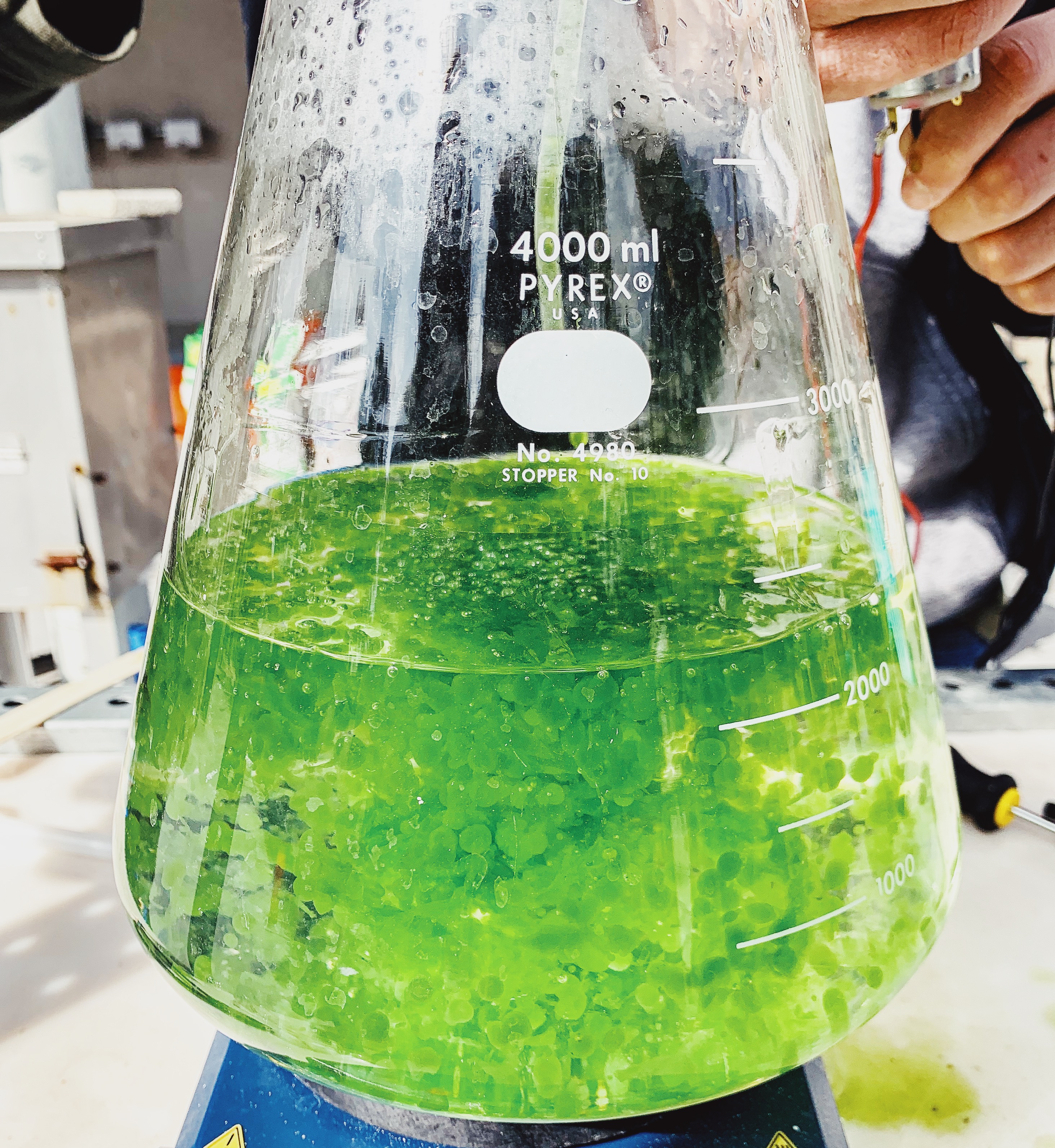 Algae team project lead and environmental engineering senior Dylan Kitao described the process as a “rollercoaster of emotions,” but said that he was ultimately glad to have participated.

“We started with eight team members and had four team members by the time we finished,” Kitao said. “In addition, all of the algae we were trying kept dying! There were definitely moments where we didn't make any progress and wanted to drop the project all together. But it was so rewarding pushing through that adversity and seeing the project through.”

McConkey added that, had the competition not been virtual, class work would have been postponed while the team was away competing. With the new platform for WERC, the team was faced with virtual learning on top of completing their design, presentation and research paper for the competition. 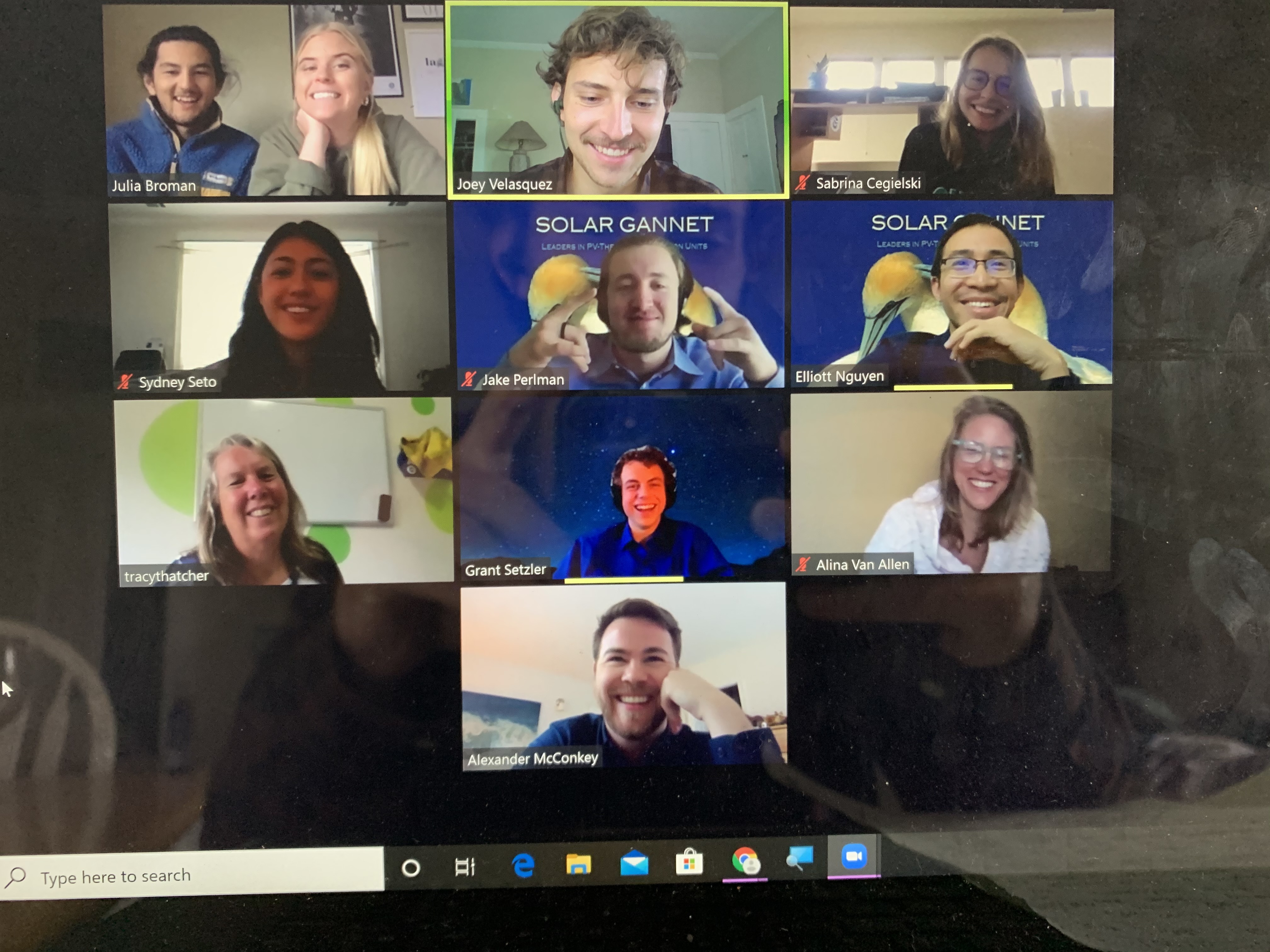 Students and faculty use Zoom
Conferencing to work on designs
for WERC together.

Through the movement to online for both the competition and for school, the teams came out on top.