The past month has been exciting for Cal Poly’s Chi Epsilon chapter with the initiation of new members and hosting the 33rd Pacific District Conference (PDC).

Chi Epsilon is a national civil engineering honor society consisting of the top performing students with membership by invitation only. The Cal Poly chapter was founded in 1986 and is one of 15 Pacific District chapters. Students are selected based on academic performance as well as recognition of Chi Epsilon’s four pillars: Scholarship, Character, Practicality, and Sociability.

On March 5th, Cal Poly Chi Epsilon finished hosting the six day virtual PDC. The Chi Epsilon PDC is an annual leadership conference that aims to connect the chapter with industry, develop students’ professionalism, and build bonds within the Chi Epsilon community. Each year, the host rotates between the various Chi Epsilon chapters within the Pacific District. This year, Cal Poly was selected as host Chi Epsilon vice president Meagan Chan as the PDC chair.

Cal Poly Chi Epsilon hosted 14 student chapters with a total of 200 registrants. Cal Poly’s PDC planning committee worked diligently for over 6 months to organize this virtual conference through scheduling events, recruiting sponsors, and more. The conference included student competition, networking, and professional development events. Despite limitations of a  virtual environment, the PDC conference was a success and Cal Poly took home the title of provisional winner of the 33rd PDC and PDC Cup holder.

“I’m extremely grateful and proud of my committee members for helping make the event as successful as it was. Between implementing and executing the new chapter initiatives President Jacob Hamada and I instated, being involved in different student organizations, and planning this conference, they have remained diligent and resolute.” - Meagan Chan, VP and PDC Chair 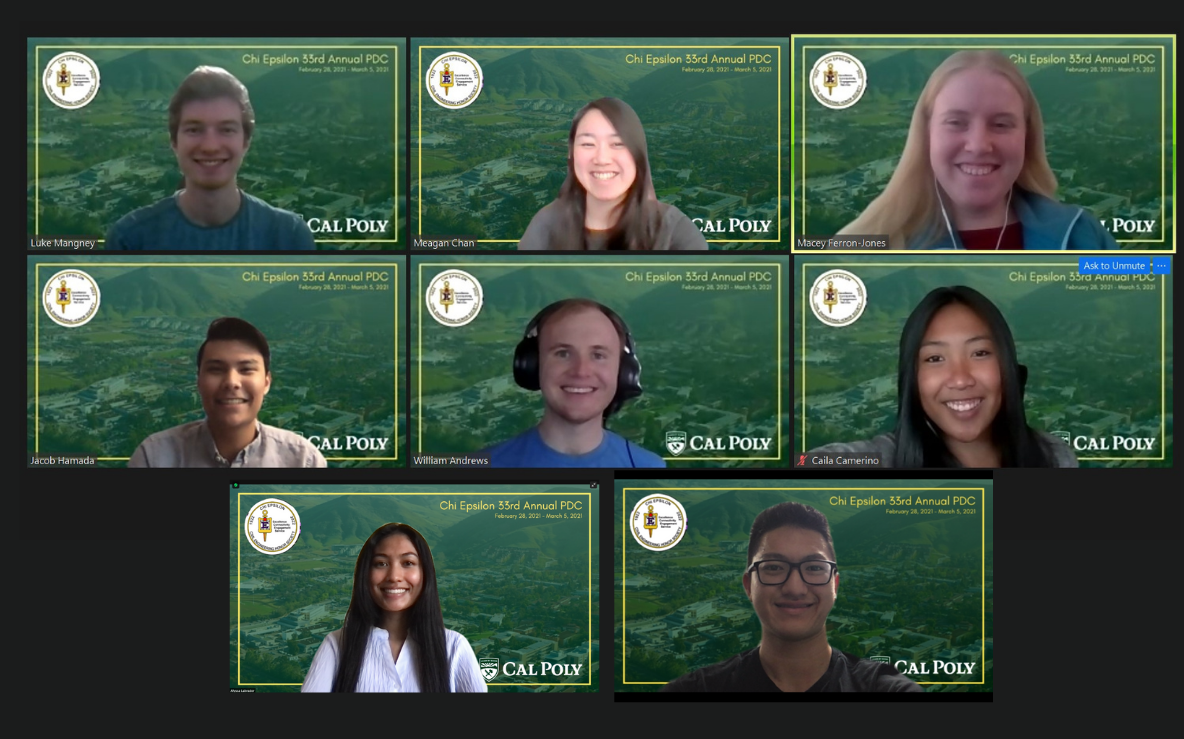 Additionally, as part of their yearly initiation, Chi Epsilon  initiated 20 new pledges along with a new faculty advisor, Dr. Long Wang the week prior. Dr. Wang is a new professor at Cal Poly and will help provide additional guidance to Chi Epsilon  in their efforts towards regrowth. This past year, Chi Epsilon has implemented strategic initiatives to improve their chapter and build a foundation for the success of future Chi Epsilon members. 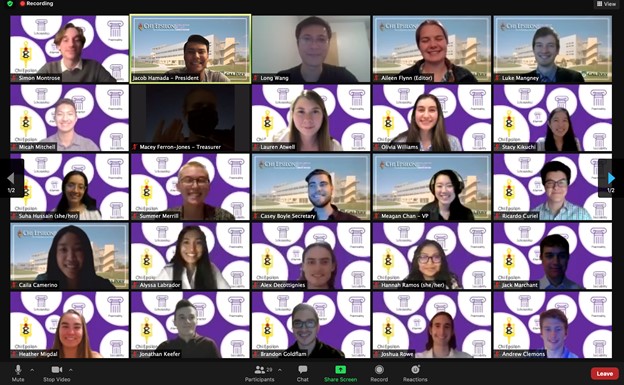