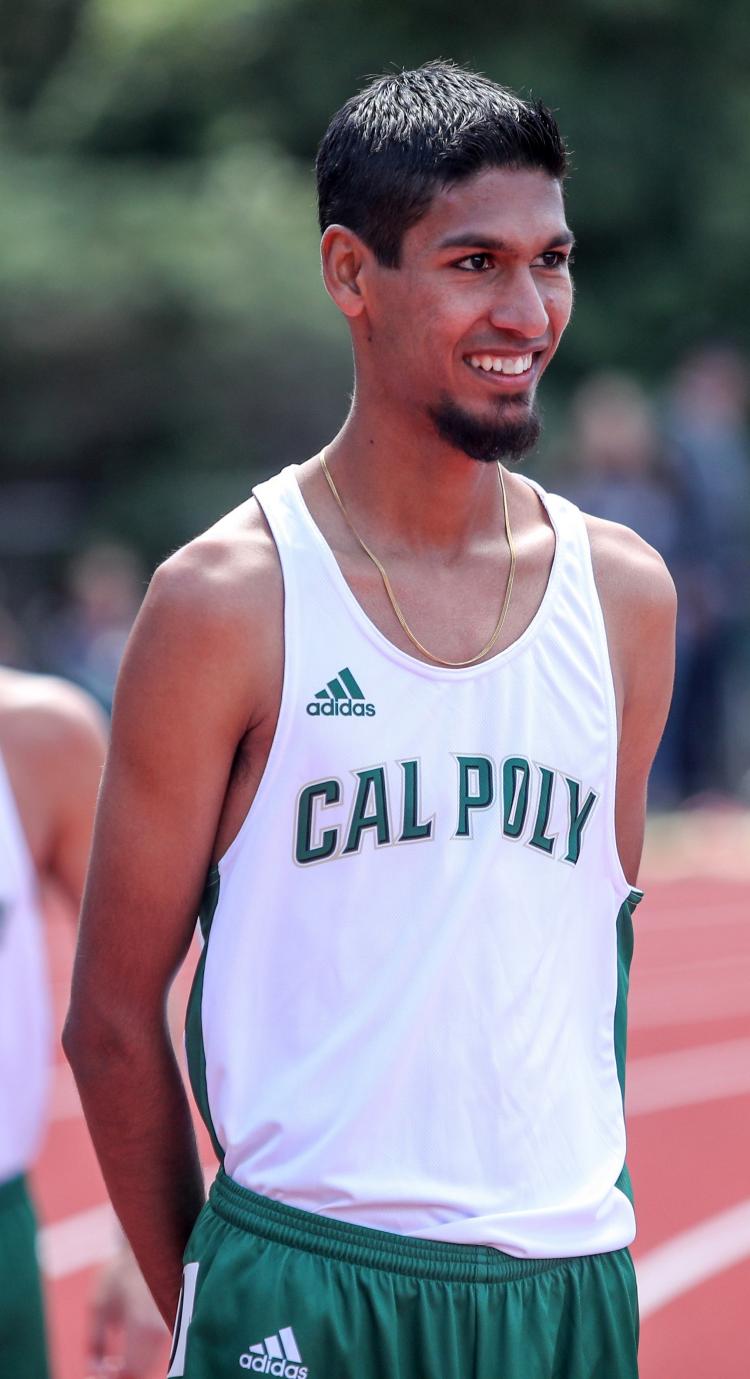 Even after getting rejected for a spot on Cal Poly’s running teams a second consecutive year, Swarnjit Boyal left the coach’s office thinking, “This isn’t the last you’ll hear from me.”

Fueled by hard work – measured in miles -- he was heard from in a big way this summer when he was named Cal Poly’s male athlete of the year.

“I’m proud for never giving up on my dream and believing in myself even if the odds were stacked against me to make the team,” said Boyal, who just completed his master’s degree in civil engineering with a focus on water resources.

The Yuba City resident was never even recruited to Cal Poly.

“My senior year of high school, my calculus teacher asked me what I wanted to major in, and I said engineering,” Boyal recalled. “And he recommended Cal Poly to me, being that he was a math major there.”

Knowing Cal Poly had a good cross country and track program, he ran hard the summer after his senior year of high school.

“It wasn’t enough, though, as Coach (Mark) Conover had a strong team, and I just wasn’t good enough to make it,” Boyal said.

Boyal left Conover disappointed but even more determined. He ran for the Cal Poly Distance Club, where Coach Armondo Siqueiros taught him the basics of being a good runner.

Meanwhile, he continued with his engineering studies.

“I love the variety and diversity engineering gives in my life by always having something different to solve or figure out,” he said. “Nothing is ever the same, and you’re always constantly learning.”

That desire to learn carried into his athletics. The following summer, he asked Conover what’d he’d need to do to make the team, and Conover’s answer was simple:

So Boyal ran. And ran and ran.

Yet, that September, Conover told him he still wasn’t ready.

“This crushed me,” Boyal said. 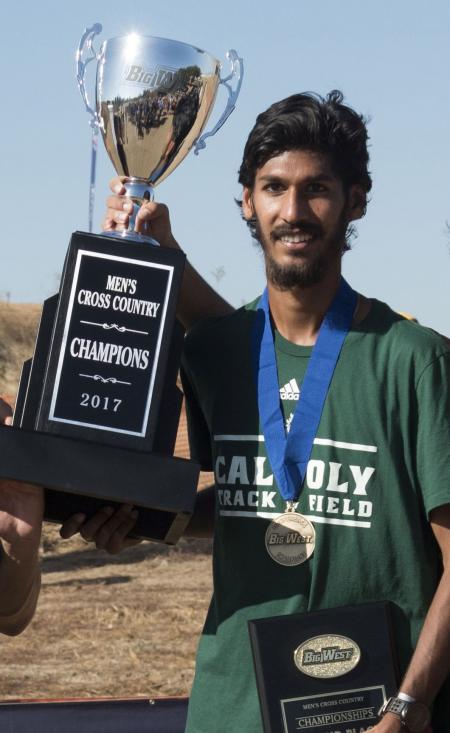 The following Monday, he took his frustrations out on the trails with the club. And he was so good, Siqueiros contacted Conover. And then Conover reached out to Boyal.

“Swarnjit definitely had to pay his dues and earn a roster spot,” Conover said. “But when he looked me in the eyes and said, ‘Coach, I can beat the guys on your team,’ I knew he had the passion, vision, and desire to do what it takes to be highly competitive at the Division 1 level.”

After making the team, Boyal made sacrifices – skipping vacations, time with friends and loved ones – to dedicate to running.

“He finds pure joy in running and uses it to balance his other academic and work commitments,” Conover said. “He epitomizes the ‘find a way’ motto, whereby one must decide how to live a life of balance while training to a maximum level.”

As a result of his regiment, Conover said, Boyal did get better, culminating this year, when he was named Big West Athlete of the Week three times en route to being selected for the conference’s Men’s Track Athlete of the Year Award.

His cross country highlights include finishing 10th at the NCAA West Region qualifier in Seattle and leading the Mustangs to the Big West Conference championship, earning second place individually, at UC Riverside.

In track, Boyal became the Big West’s first back-to-back champion for the 10,000 meters since Utah State’s Toby Conley in 1995 and 1996. He moved to No. 5 in school history for the distance while coming in second place in the Elite Invitational section of the event at the Stanford Invitational, ranking No. 22 nationally.

Now that he has graduated, Boyal plans to stay in San Luis Obispo, where he works for Monsoon Consultants, a water resource and hydrology firm. And he plans to continue running, competing for HOKA ONE ONE Aggies, an Olympic development team based in San Luis Obispo.

“I can’t just be doing work, work, work all day,” Boyal said. “I need to balance it out. After a busy day, or if I have any stress with school, I love to just lace my shoes on, clear anything on my mind by hitting the trails and taking on the views and just releasing myself by going for a run.”